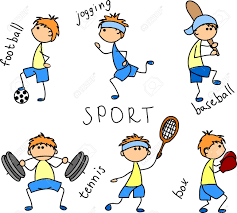 A Super Summer of Sport!

It has been a very busy last term here at Archibald! We know it is important to be active everyday, so children in every year group have had the chance to get their bodies moving!

The summer term started with a bang – a Year 3/4 Tag Rugby tournament! We hadn’t even started playing Tag Rugby at school but with great determination and teamwork we made it into the finals! It was great fun and we enjoyed playing against children from lots of different schools!

Next up was the Year 4 Tennis Tournament! Five children attended this tournament and made the grown ups really proud by showing lots of self-belief and honesty in each and every game.

Meanwhile, children in Year 1 – 4 were busy preparing for the Key Steps gymnastics competition. We didn’t have a lot of time to practise, so we squeezed it into lunch time. Our rapid training paid off though, as Year 4 placed 6th and Year 3 placed 7th amongst Key Stage 2. Year 2 placed 1st in their category and Year 1 placed 2nd! This meant we had the chance to represent Tyne and Wear at the School Games Finals! We were very excited on the day and had a few butterflies in our tummies but we tried our best, and were so pleased to hear that we won the competition! Mrs Turner presented the children with shiny gold medals in assembly.

Key Stage 2 also enjoyed their Quadkids Athletics competition, and lots of children also had the chance to compete in different activities at the Schools 500 Games. There was multi skills, benchball, cross-country… and so much more! We had so much fun and demonstrated so much passion and teamwork. Everybody had so much fun, and some children had the added bonus of gaining a medal from cross country and cycling!

We are so very proud of all the children at Archibald for their teamwork, passion, honesty, respect, self-belief and determination. Well done to each and every one of you and thank you for making such great sportspeople!

Find out the latest news and events on our school blog. You can filter the posts by: